6 Cultural Celebrations In Africa Everyone Should Experience

There are countless reasons to visit Africa, but the continent’s endless array of festivals and traditional celebrations that bring people together from all over the world are one of the most alluring.

The celebration of culture through art, literature, music, fashion and food make African social festivities so special, and they have become so deep-rooted on the continent that it would be hard to visit and not attend one of the several hundred to choose from. If you’re not sure which festivals to attend, here are six of Africa’s most paramount celebrations worth traveling for.

Known as the “Glastonbury of African Festivals,” Zimbabwe’s Harare International Festival of the Arts (HIFA) is an explosion of creative artistic work that showcases the resilience and strength of the Zimbabwean people.

The festival is considered one of the continent’s largest events and takes place each year in late April in Zimbabwe’s capital city, Harare, though the event did not occur in 2019.

“Come and share our brotherhood and sisterhood; come and share our love of the arts and humanity,” reads a statement of HIFA’s website. Throughout the years (since its inception in 1999), the festival has attracted more than 1,000 musical performances and in 2018 alone, HIFA issued more than 30,000 tickets.

Enthusiasts admit that a trip to Africa is not complete unless one makes a visit to Morocco’s popular Fez Festival of World Sacred Music, a festival highlighting Balinese dance, Moroccan song, Italian Renaissance music and African Sufism.

The festival, which boasts 4.5 out of 5 stars on Trip Advisor, is held under the patronage of the king of Morocco, King Mohammed VI, and combines the scholastic, artistic and spiritual traditions of Fez, one of Morocco’s most mystical cities.

During the festival, art displays, food vendors and more than 50 concerts scatter throughout the city every year during the last week of June. The festival draws crowds from groups all around the world, specifically Europe, Africa, the Americas, the Middle East and Asia.

Free forums are offered to patrons who get the chance to mingle with legendary Moroccan scholars and artists both local and abroad.

When you think Afrochella, think Coachella but with an effervescent and melanated twist.

Featured in Essence and Travel Noire, Afrochella draws in thousands from all over the world for its precise depiction of Africa’s popular culture and art scene.

“The name was befitting only in its essence but not practically. Coachella is a music-focused festival,” an Afrochella spokesperson said in a statement. “While Afrochella highlights musical talent within Africa, the festival is built to highlight African creatives and business.”

The week-long festival is only three years old, but has already appealed to more than 5,000 attendees in its first year alone through a celebration of African art, food, language and music.

Afrochella is held every year in Ghana’s capital city of Accra during the last week of December.

BBC named Sauti za Busara as one of “Africa’s best-loved music festivals” because of its eclectic mesh of the continent’s top artists.

Forty of Africa’s young and emerging talents all convene in Tanzania’s capital, Zanzibar, for a three-night celebration of song and dance with acts traveling from Guinea, Nigeria, Algeria and South Africa to perform.

In addition to live performances, training workshops are held throughout the grounds to promote networking and managerial skills for up and coming entertainment professionals.

The festival is typically held during the second week of February.

Rwanda is home to half of the world’s mountain gorillas and every year in Rwanda’s capital city, Kigali, a week-long tour of the country’s breathtaking landscape is conducted for hundreds of tourists.

One of the most popular parts of the trip is Kwita Izina, a gorilla baby naming ceremony, which celebrates the newborns while raising awareness about the importance of protecting the species from extinction.

The tour is fast becoming one of the continent’s most praised cultural celebrations and draws in more tourists than the year before since its inception in 2005. 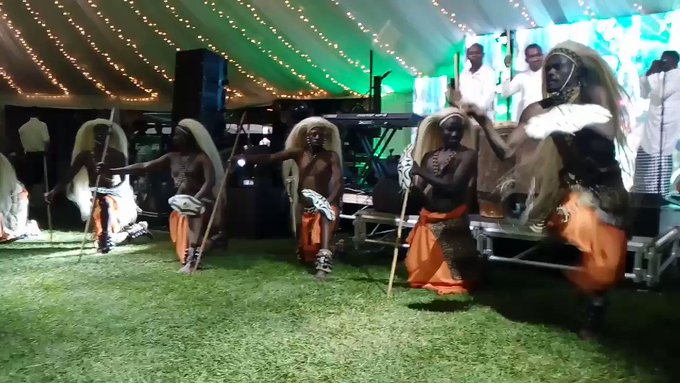 The festival, which takes place right in between Cape Town and Port Elizabeth, is an annual one-week event that draws in thousands for its half marathon, cycling race, swimming, canoeing and scuba diving events.

Food lovers can join in on the competition and participate in oyster cooking and shucking contests, including the Oyster and Wine Mardi Gras, a culinary event where chefs compete for prizes.